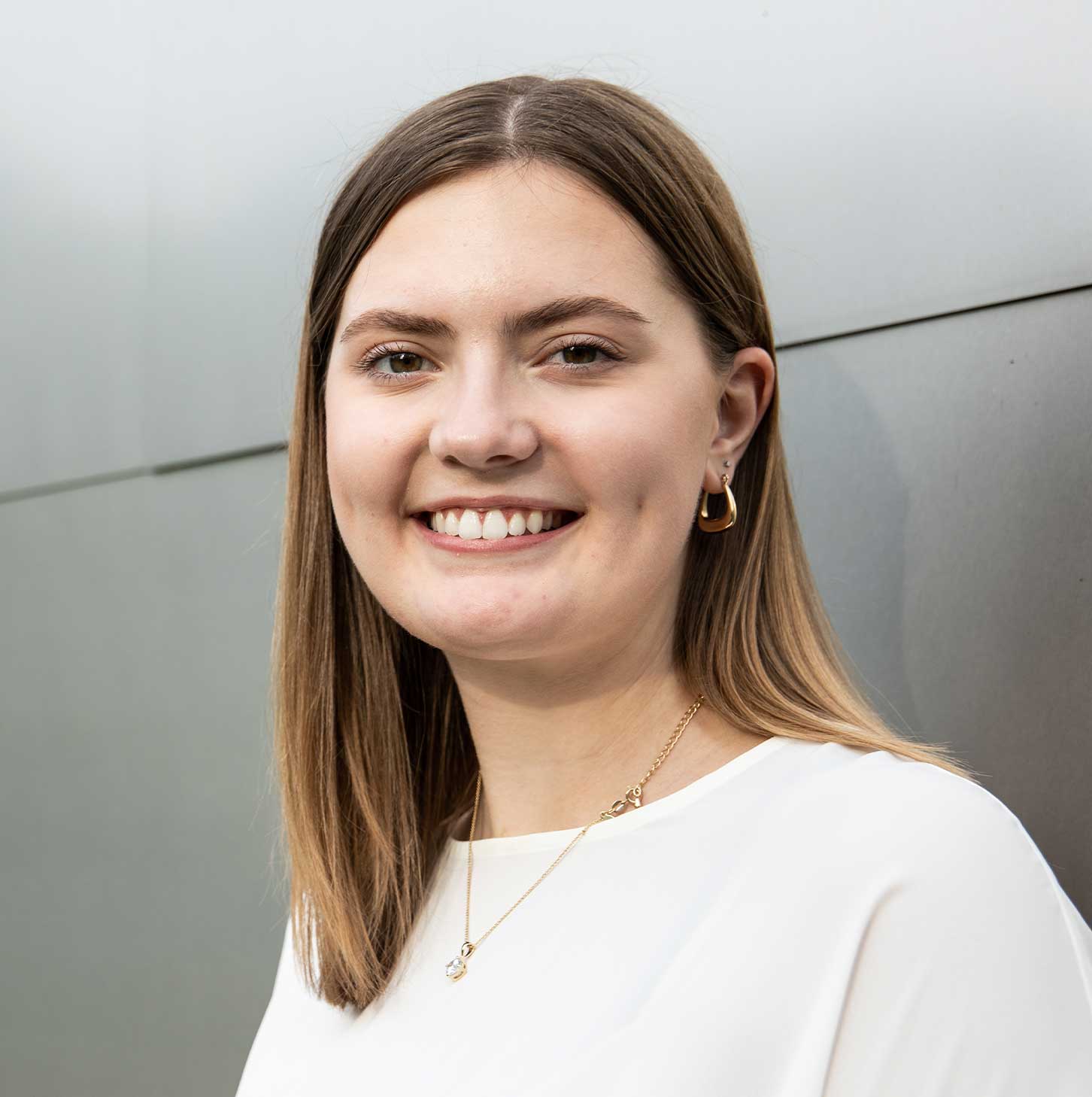 Emily Hagedorn’s ability to make complex financial data easy to understand helped her find success both in her role in student government and her summer internship at Evergy.

Hard to beat for talking the talk

As a direct admit with a Presidential scholarship under her belt, Emily Hagedorn’s undergraduate career started off on a high note.

“After winning the University of Iowa’s Presidential scholarship, I knew this was a school that would invest in me. They’re going to give me a great education and they’re willing to help me out to do it,” she explains.

And during her time at Tippie, Emily has more than proven that the investment was well-placed.

Having served on her high school student council, Emily jumped into UI student government as soon as she landed in Daum Hall. Over the years, she worked her way onto the finance committee, eventually advancing to Director of Finance.

But it wasn’t until she took her Business Communications course at Tippie that she made the pivot from academic powerhouse to impactful campus leader.

"Explaining financial concepts to people who may not understand them is such an important part of finance that people might neglect."

Tippie’s focus on communication with a business context was invaluable to Emily in many ways—especially when it came to her time on student government.

This ability to make complex financial data easy to understand had a direct impact on her peers. By working with UI administration, she was able to help secure funds for student programming and much-needed equipment for a variety of projects.

“I worked with a great group of people who were committed to making change on campus,” she notes.

From project to pro

Emily also found other ways to test her communication talents. As part of her Business Communications final, she helped identify a nonprofit that a Tippie alum could confidently invest in. After much research and deliberation, her group chose Climate Neutral—a certification for companies that proves they’re CO2 neutral.

“I finally got to break out some of my financial analysis tools in a real-life situation and communicate with my partners on what was ultimately a fantastic end result,” she says.

She continued to sharpen her skills in her summer internship at Evergy, a utility company in Kansas City.

As part of her role within regulatory affairs, she worked on a quarterly report that summarized events of the previous quarter. Knowing her report would be presented to members of the C-suite, her communication tools were put to the test once again.

“Not everyone in the C-suite has a financial background, especially not in a utility company. I was proud to be able to present my report in a way that the executives could use and reference.”

Throughout her undergraduate experience, Emily continually stretched her potential. Apart from her role on student government, she also studied abroad in Paris and took part in the College Business Ethics Case Competition in Arizona.

But she acknowledges that her experience on student government was the most rewarding—and most applicable to her future career.

“Now I always say in job interviews, ‘I got to manage a budget of $1.8 million for student government,’” she laughs.

After graduation, Emily will be taking on a role in tax at KPMG in Chicago. And she knows she couldn’t have gotten this far without the support she’s found here. 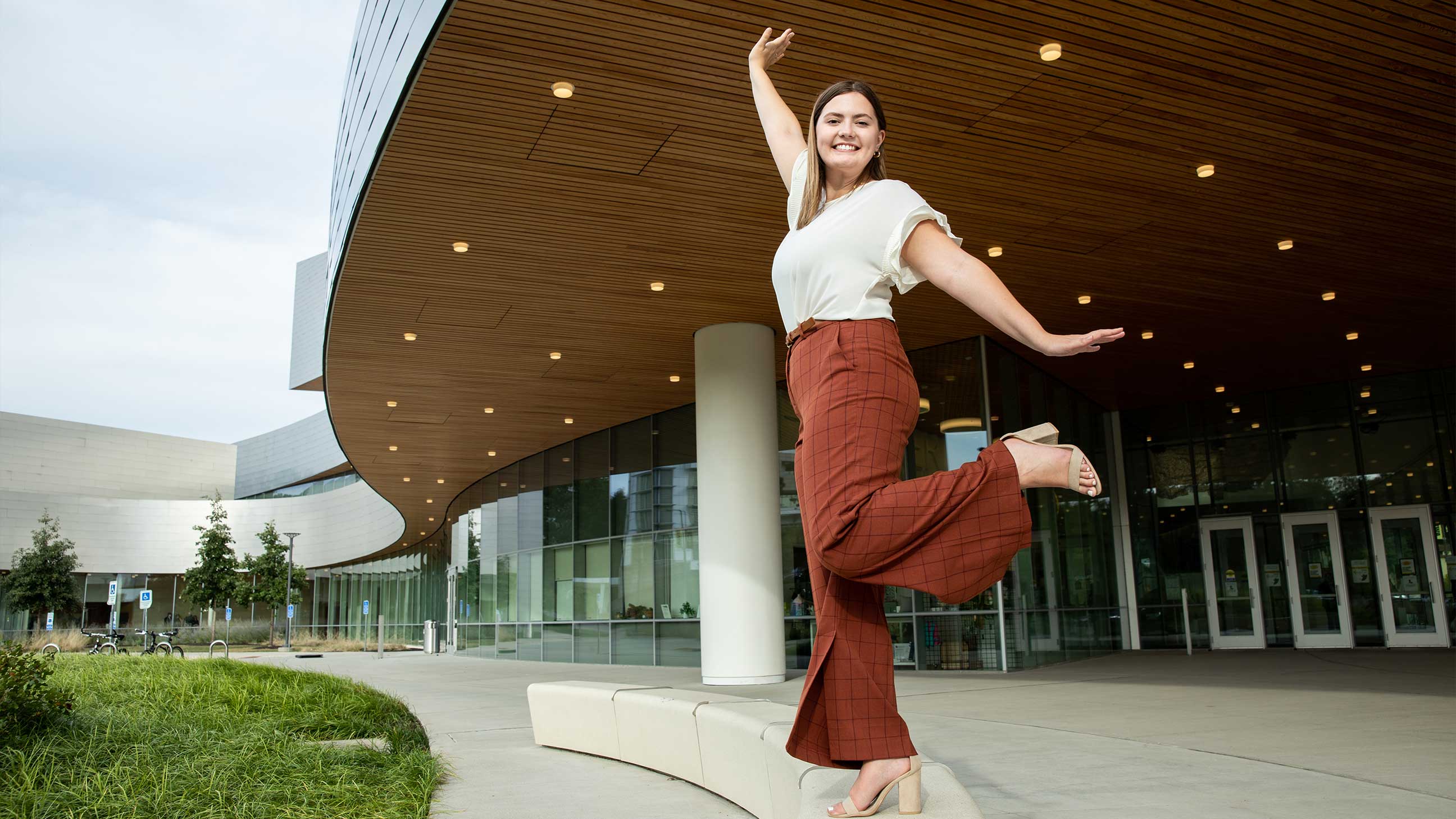 "Never underestimate anyone’s willingness to help you. Every corner I’ve turned, someone has been willing to help me with my career, help me figure out my financial plan, figure out my academic plan. I’ve never had a more welcoming experience than I’ve had at Tippie."