In this Thought Leaders series organized by Tippie's Management and Entrepreneurship department, leading-edge researchers from the field of management spoke on some of the most critical issues in the field.

All seminars took place via Zoom and were recorded. Video links are provided below. 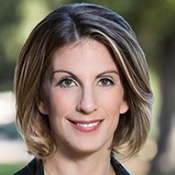 Topic: How to Design and Lead Effective Team and Organizational Hierarchies

Abstract: Hierarchy is the most ubiquitous way in which human beings organize social interactions. However, hierarchy comes with substantial downsides in terms of inequities and conflicts. As a result, organizations have explored flatter modes of organizing, such as holacracy, which unfortunately have yet to yield much success. In this presentation, I will explore the possibility that hierarchy may still be the most effective form of organization but needs to be used wisely. I will discuss data-driven strategies which can allow hierarchy to be a useful and positive organizational tool, including helping leaders learn how to ‘flex’ the hierarchy for bursts of flatness, to humanize the hierarchy through sharing emotions at work, and to reduce competitions around hierarchy by creating areas of individual ownership and autonomy.

Bio: Lindred (Lindy) Greer is an Associate Professor of Management & Organizations at Ross as well as the Faculty Director of the Sanger Leadership Center. Her research focuses on how to lead effective organizational teams, with specific interests in leadership skills in conflict management, diversity and inclusion, vision crafting, and the communication of emotions. Lindy has published in top management and psychology research outlets such as Academy of Management Journal, Organization Science, Journal of Applied Psychology, Science, and Proceedings of the National Academy of Sciences, among others. Her work has also been covered in well-known media outlets including the New York Times, Forbes, and Fast Company. She has received awards for her research from the Academy of Management and American Psychological Association, and she was recently named one of the Top 40 under 40 Business School Professors by Poets and Quants.

Lindy received her B.S. from the Wharton School of Business at the University of Pennsylvania, and her Ph.D. in social and organizational psychology from Leiden University in the Netherlands. She joined the team at Ross in 2019. 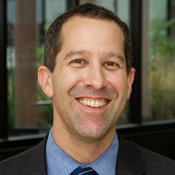 Topic: Hearsay, Rumor, and Speaking up about Other Employees’ Issues: Why Lay Theories about Secondhand Accounts in Employee Voice Are Wrong

Abstract: Employees often speak up on the behalf of their colleagues, yet there are lay theories to suggest that these “secondhand accounts” are routinely dismissed. Drawing on research on legal evidentiary rules (e.g., hearsay) and on the psychology of rumors, we explain why managers believe that secondhand accounts should be discredited. Using qualitative and quantitative data collected from 101 compliance officers, we provide evidence of these lay theories, showing that managers believe secondhand accounts are less credible and less complete, leading them to think they will act on these ideas less often than first-hand reports. We then challenge whether these pervasive beliefs are actually true. Drawing on persuasion theories related to social proof and research on prosociality, we argue that managers do indeed take action on ideas when employees speak up on the behalf of others more often than speaking up on their own behalf. Using archival data of just under one million instances of employees speaking up through companies’ internal reporting systems, we find evidence that compliance officers substantiate secondhand reports more often than firsthand reports. Finally, in an experimental study of 374 people, we provide evidence of the mechanisms underlying this effect: showing that people are more likely to take action on voice from second-hand accounts because they assess greater value in the ideas conveyed and perceive employees speaking up with secondhand accounts to be more prosocially motivated than when evaluating employees speaking up on their own. Thus, despite widespread beliefs that second-hand accounts should be ignored, people are more likely to take action on voice from second-hand sources compared to voice from first-hand sources. We discuss the implications for theories on voice and persuasion.

Bio: Dr. Burris is a Professor and Department Chair of Management and the Chevron Centennial Fellow at the McCombs School of Business at the University of Texas at Austin. He is also Director of the Center for Leadership and Ethics. He earned his Ph.D. in Management from Cornell University and has served as a Visiting Scholar at Google and Microsoft. He teaches and consults on topics relating to leadership, people analytics, talent insights, managing power and politics, building engagement in groups and teams,social enterprise, and negotiations. The recipient of numerous research and teaching awards, Dr. Burris received the Amplify Award for Diversity and Inclusion for the MBA Program in 2019, the Joe Beasley Award for Excellence in MBA Teaching in 2019, Jim Nolen Award for Excellence in Graduate Teaching in 2018, the McCombs School Award for Research Excellence in 2017 and 2015, the Fawn and Vijay Mahajan Teaching Excellence Award for Executive Educationin2015, the Hank & Mary Harkins Foundation Award for Effective Teaching in Undergraduate Classes in 2012,the Regents’ Outstanding Teaching Award in 2011, the ING Professor of Excellence award in 2011,and the 2009 Trammell/CBA Foundation Teaching Award for Assistant Professors.

Dr. Burris’ current research focuses on understanding "employee voice" –getting employees to candidly speak up about problems and opportunities for improvement. In particular, he has investigated how leaders shape employees decisions whether to speak up or stay silent, and how these voice behaviors influence the performance of the employees who offer their input and the leaders and organizations who receive it. His research has appeared in several top management and psychology journals, such as Administrative Science Quarterly, Academy of Management Journal, Organization Science, Journal of Applied Psychology, Journal of Experimental Social Psychology and Personality and Social Psychology Bulletin, and has been covered in major media outlets such as the Harvard Business Review, New York Times, Washington Post, Wall Street Journal, Bloomberg, and the Houston Chronicle.

He has collected data from and served as a consultant for a variety of professional firms, ranging from several Fortune 100 technology companies, Fortune100 financial services and insurance companies, Fortune 500 companies in the casual dining and grocery industries, hospitals, a defense contracting company, a commercial real estate firm, governmental agencies, and many retail organizations. 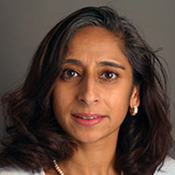 Topic: Diagnosing the Locus of Social Support in Teams: Provider, Recipient, Dyadic and Team Influence on Instrumental and Interpersonal Support

Abstract: Across decades of inquiry, management scholars have amassed abundant evidence on the importance of social support for work and well-being outcomes. Yet, investigation into its antecedents is limited by scholars using different lenses to investigate social support. Research at the individual level focuses on characteristics of the provider and the recipient influencing support provided or received, respectively. Research at the dyadic level investigates how the relationships between the provider and recipient influence support patterns within the dyad, and research at the team level investigates norms or emergent states that influence the level of support received within teams. Collectively, these four different levels at which social support is analyzed highlight four different “loci,” we might use to understand what promotes social support among employees. While much is known about specific antecedents of social support within each loci, we do not know the influence of each loci relative to the others when investigated concurrently. In this paper, we conduct two field studies and use a variance decomposition approach to investigate whether the dominant of locus of social support resides in the provider, recipient, dyad or team, how it varies based on type of support provided (instrumental or interpersonal), how it varies over time, and how it varies based on the gender composition of the team. Results indicate that the dominant locus of social support is the team, across both types of support and over time. The results also indicate that the recipient locus accounts for greater variance in teams of mostly women when compared to teams of mostly men. Specifically, while the level of support in teams of mostly women and men is the same, the former appears to alter the support provided based on unique characteristics of recipients (i.e., needs).

Bio: Priti Pradhan Shah is an Associate Professor in the Department of Work and Organizations at the Carlson School of Management, University of Minnesota. Her research focuses on interpersonal relationships at work, teams, and decision making. In particular, she uses a social network approach to investigate dynamics within teams, focusing on trust and conflict. Her research is published in  Administrative Science Quarterly, Academy of Management Journal, Journal of Applied Psychology, Journal of Personality and Social Psychology and Organizational Behavior and Human Decision Processes, and Organization Science, among others. Her areas of teaching expertise include Negotiations, Organizational Behavior, Teams and Social Networks. In addition to the Carlson School, she has taught at MIT and Yale. She also held a Visiting Scientist position at the Mayo Clinic during her sabbatical. Professor Shah has undergraduate degrees in Psychology and Biology from the University of Rochester. She holds a Masters and PhD in Organizational Behavior from Kellogg School of Management at Northwestern University. 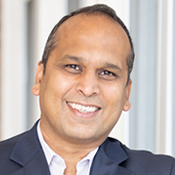 Topic: Speaking Up at Work: Predictors and Consequences

Bio: Subra Tangirala is Dean's Professor of Management. He teaches the leadership course in the MBA program. In his research, he explores reasons why employees often remain silent despite having information, concerns, or suggestions to share, and what organizations can do to facilitate candid exchange of ideas at the workplace. His research has been published in academic journals such as the Academy of Management Journal, Journal of Applied Psychology, Organizational Science, Organizational Behavior and Human Decision Processes, and Personnel Psychology. Tangirala received his Ph.D. in organizational behavior and human resources from Purdue University. Prior to his doctoral studies, he worked for several years as a human resources manager.