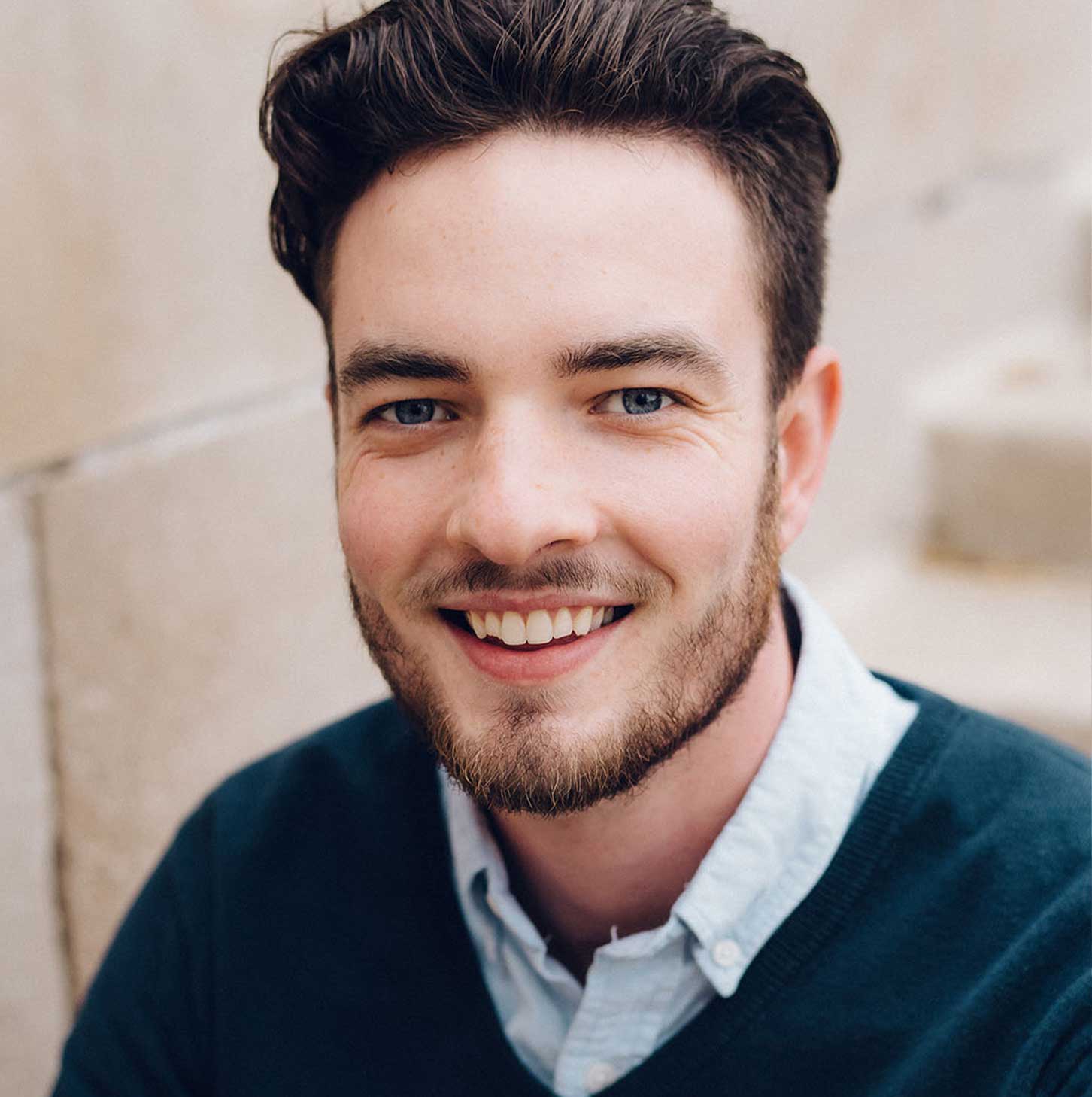 By tutoring students in the Frank Center and introducing them to the business school, Iain O’Connor helped students from all over the world feel as welcome as he did.

Pivot from community builder to consultant

While interviewing for a risk brokerage consulting position in Chicago, Iain O’Connor nailed one unexpected question: “What do you know about Japanese architecture?”

He had a killer answer because of the students he tutored and befriended at Tippie. For four years, Iain dedicated himself to interacting with every corner of the community and bringing those diverse perspectives together.

“I remembered after taking a campus tour that Iowa—and Tippie in particular—felt like a great fit for me. I had a connection with the Business Student Ambassador leading the tour, and that made me feel like I could turn the school into a home.”

Four years later, as president of the Business Student Ambassadors (BSA), Iain led the same group of guides that gave him his first tour.

During his time as president, he pushed the BSA to be more inclusive—diversifying recruiting efforts, improving multilingual web materials, and expanding virtual tours in Chinese and Spanish, alongside English.

Beyond that, he helped improve the Iowa City community at large. His first year, he was selected to lead the business fraternity Alpha Kappa Psi. He organized a massive event for more than 100 Special Olympics participants—fully supported by donations and volunteers.

“I worked really hard to help make Tippie inclusive. I think I left the community a better a place than when I entered it.”

To learn about yourself, help others first

Driven to help other students succeed, Iain got involved as a Frank Center tutor early on. He helped students improve how they communicate across business settings, from presentations to elevator pitches to emails.

And he could tell that, as a tutor, he made a difference.

He remembers one international student who met with him every week for an entire semester like clockwork. They started with grammar and phonics, and then worked up to more nuanced communication, like public speaking.

“Then I went home, and she went back to China,” Iain explained. “But she messaged me over break to tell me she got an A in the course I’d worked on with her. And she was thrilled, because it was the first time she’d gotten above a C in any class that dealt with writing or communication.”

But working with the Frank Center was a learning experience for Iain, as much as it was a chance to teach.

As an upperclassman, he took his involvement with the center further, and started leading the English Language Discussion Circle (ELDC) at Tippie. There, both students and community members came together to practice speaking in English.

“We talked about American culture, phrases, and idioms. But I also got to learn about other cultures beyond my own,” he said. “Through the ELDC, I made friends from all over the world. 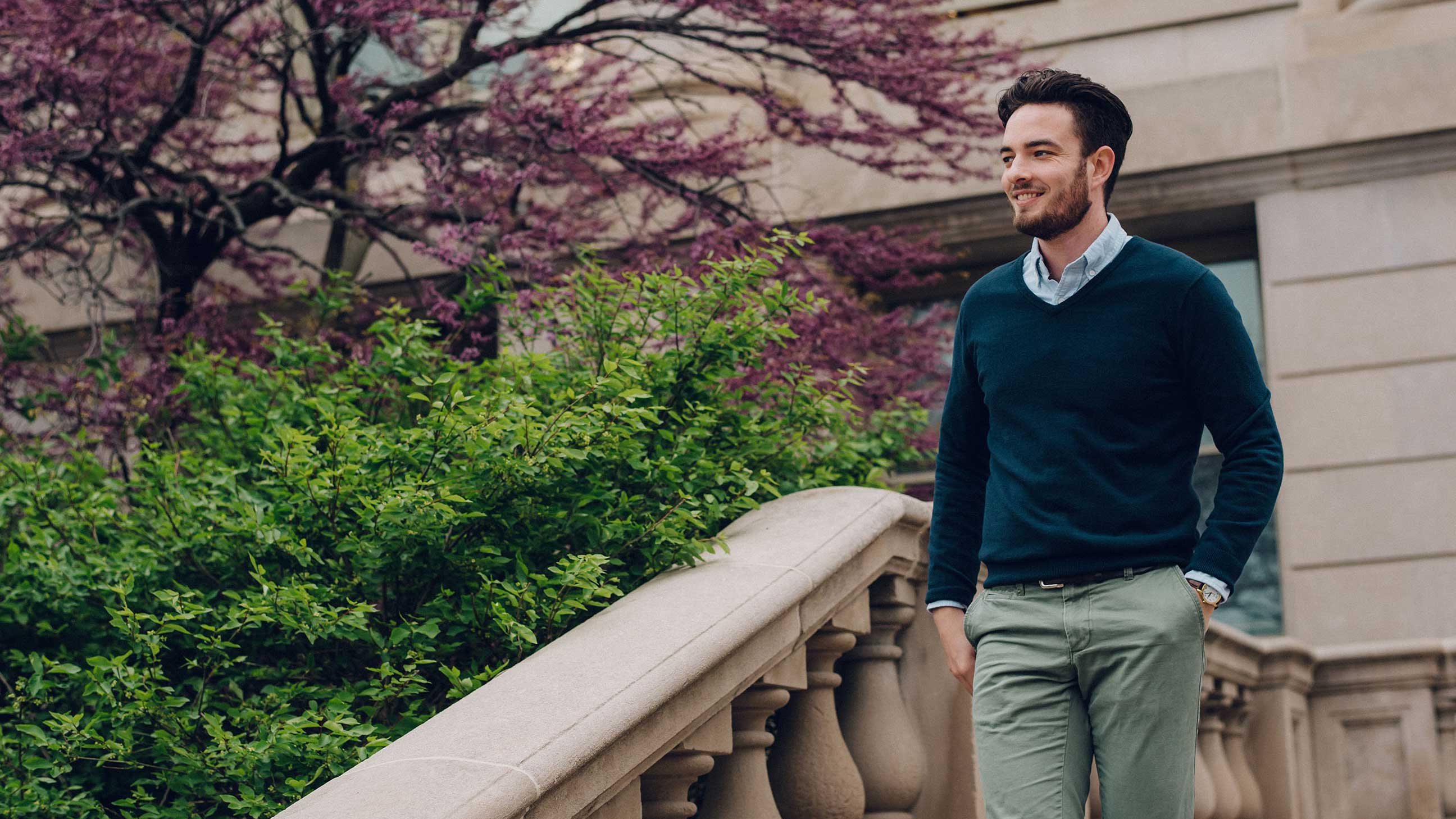 “You learn about yourself here. What you’re good at, what you’re bad at, how you talk to people, how you build relationships, and how you tell stories.”

Just weeks before graduating with a bachelor’s degree in economics and finance, Iain landed a phone interview through HireaHawk—the university's centralized career search website—which led to another phone interview, a trip to Chicago, and finally, a job offer in risk brokerage consulting at Willis Towers Watson.