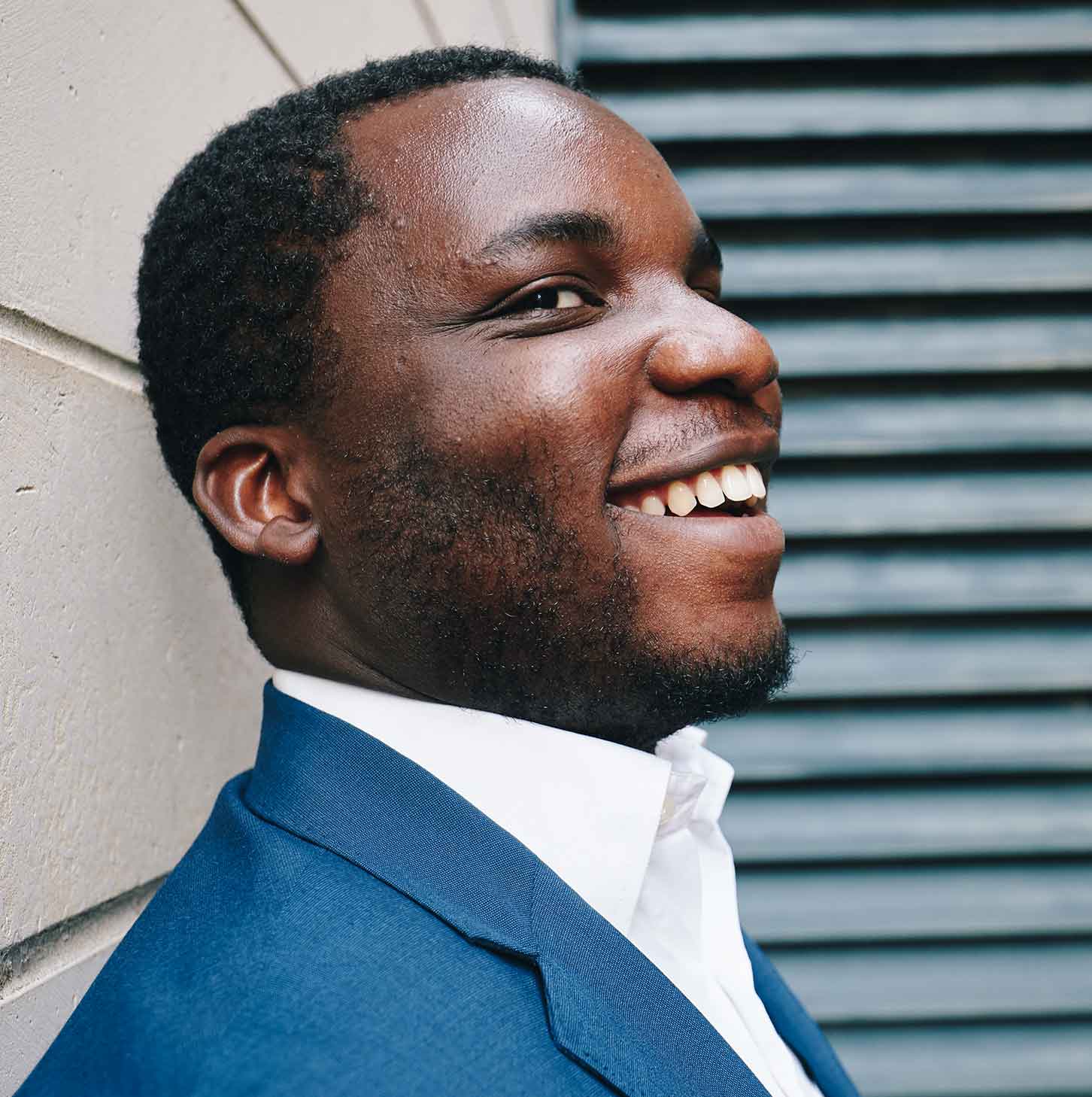 In Iowa's Master of Business Analytics program, Sayo discovered that his curious and questioning nature was just the right fit for his future career.

Pivot from skeptic to specialist

Some say Sayo Taiwo is a skeptic. In fact, a personality test confirmed just that. But in Iowa’s Master of Business Analytics program, Sayo discovered that asking questions and seeking verifiable information is exactly what makes a great data analyst.

While working at a tech startup in Nigeria, Sayo struggled to find a way to interpret and manage the data the company was collecting. He decided to pursue an advanced degree to get the skills he needed.

“I didn’t feel like the problem was something I could address with a brief online course. So my motivation became finding a program that would help me fill the gaps between business and data,” he explains.

While researching MBA programs online, he discovered Tippie’s full-time Master of Business Analytics program and knew right away it would be a perfect fit. He saw a record of successful job placements for Nigerian students in Iowa’s business school, plus he liked the idea of studying in a more manageable locale. 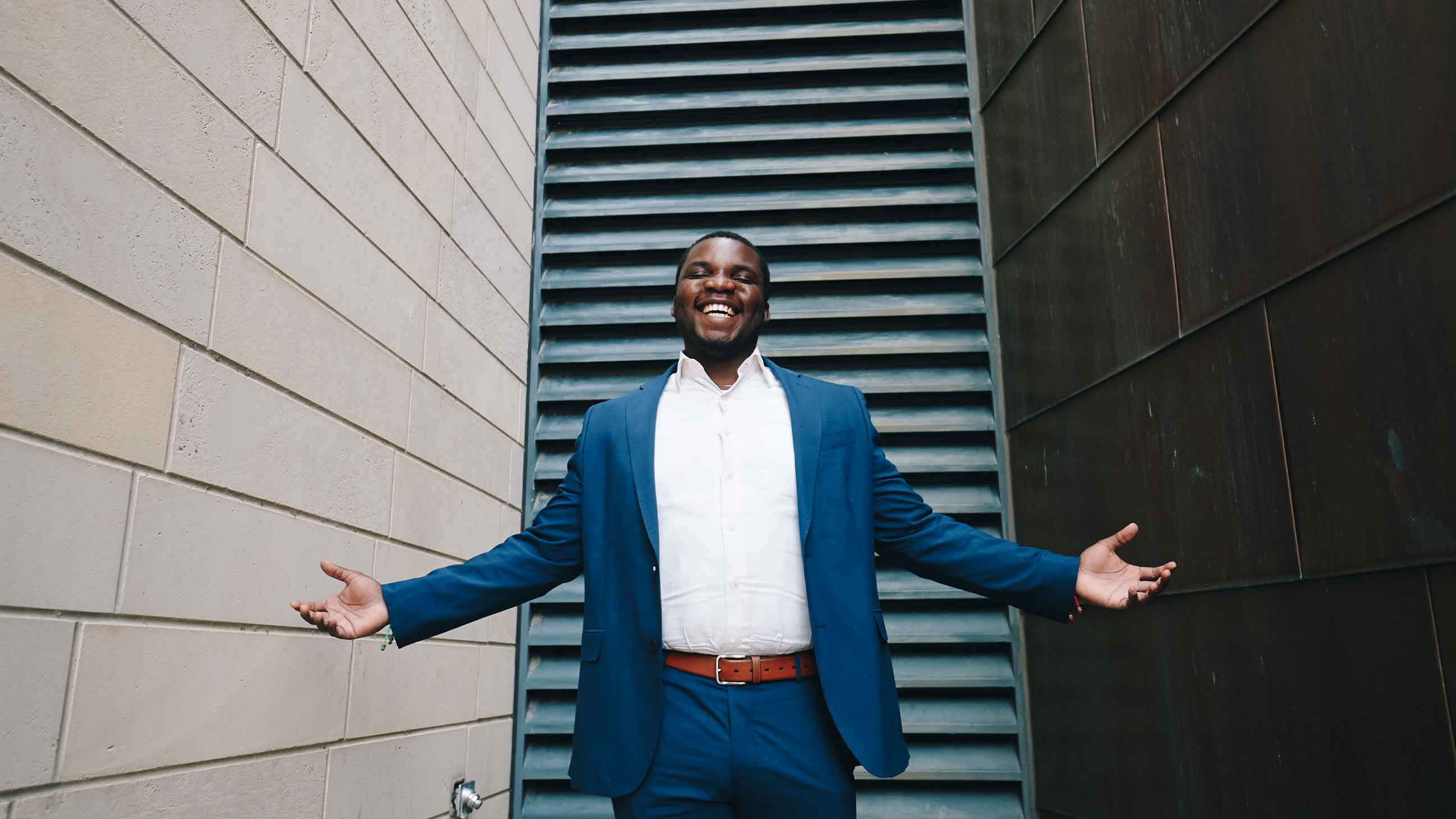 “Tippie has the advantage of smaller class sizes and being located in Iowa City, which feels like a big village. It’s easy to have conversations and meet people here."

Once he’d settled into Iowa City and the program, Sayo began to understand that his naturally inquisitive nature was perfect for a career in analytics.

“If you’re not curious, and your default is to go with your gut, then I don’t think you’ll make a good analyst,” he says. “You have to be someone who cares more about learning than being right.”

In his Marketing Analytics and Data Visualization course, Sayo also learned the importance of being able to work as a group and communicate ideas and findings effectively. He was excited to apply the technical concepts he’d learned from his previous courses to an actual business problem.

“In an office you have to work on things and present them, and intelligent people will ask questions. You have to get comfortable and used to being thorough and detailed.”

And while he immediately saw the value of collaboration and teamwork, something he didn’t expect was forming lifelong friendships with his classmates.

“I didn’t expect to have such friendships with such a diverse group—Americans, Iranians, Africans. I have made friends that will always be in my life. It’s been a very fun journey.”

Being open to meeting people helped Sayo in another way as he searched for an internship opportunity in Iowa City. After being introduced to the CEO of Pear Deck, an education technology company, he was offered a job as a products analyst/product manager intern.

In this role, Sayo was tasked with reviewing data from the company’s app to optimize users' experience. He explored the ways that users were interacting with the platform, if they were coming back, and why they may not be returning.  At every step of the way, he found himself relying on the skills he learned in his master’s courses.

“I was able to hit the ground running. I got to the point where I was moving so fast that I was creating work for myself. Luckily, my team embraced me and gave me room to do what I wanted to do,” he says.

Post-graduation, Sayo hopes to land a job working with a U.S. tech company and to become a leader in his industry. He says that anyone considering the program should take into account Tippie’s warm, welcoming, and collegial learning environment.

"People in the college of business are very genuine and I’ve developed relationships with members of faculty. We have a culture here where professors will make time for you and provide many extra resources."

Learn more about the Master of Business Analytics