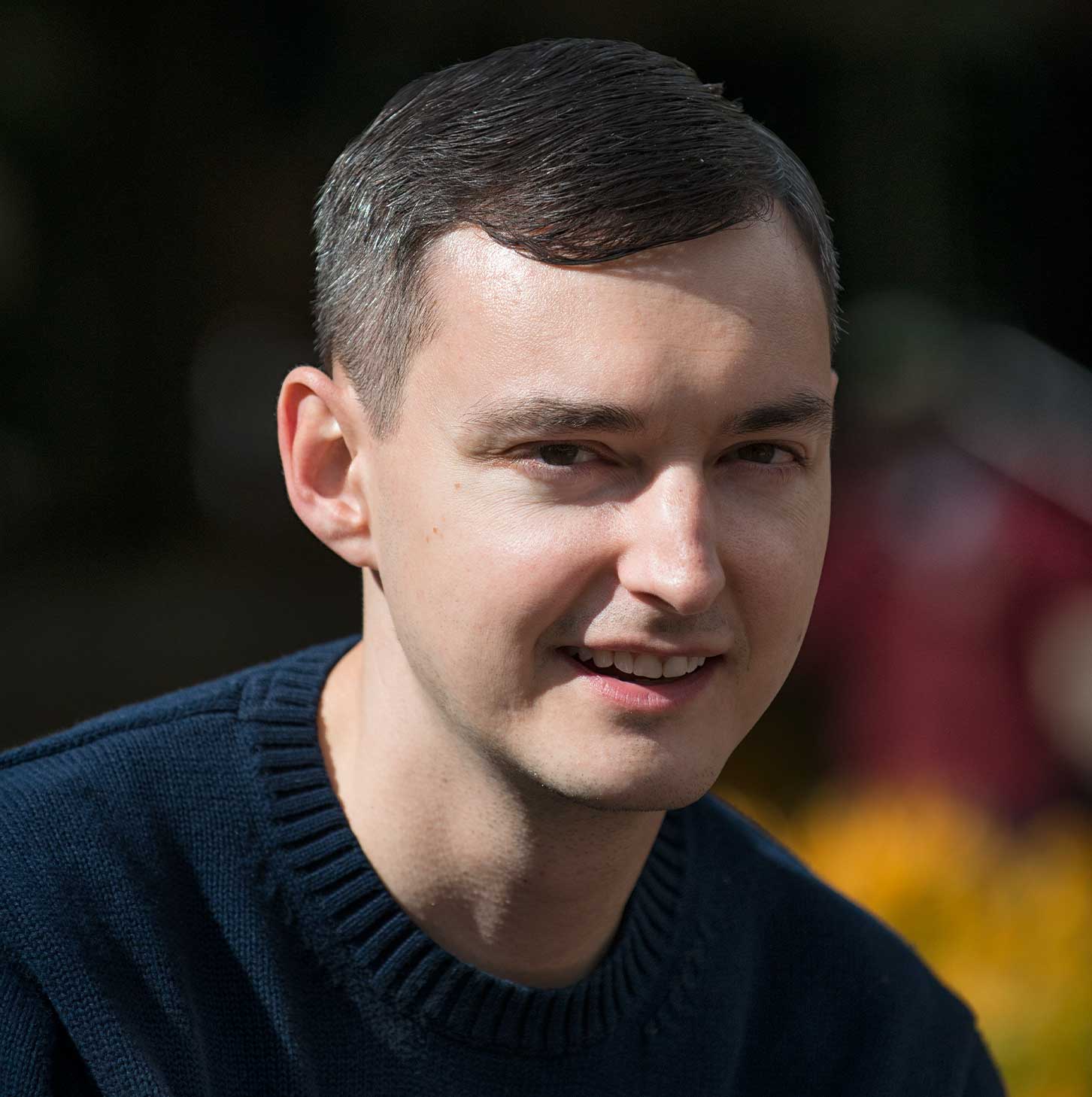 While at Iowa, Tom Niblock merged his economics and religious studies majors to build a career as a U.S. Foreign Service Officer.

When you combine your interests, your career can take you on unimaginable journeys. While at Iowa, Tom Niblock merged his economics and religious studies majors to build a career as a Foreign Service Officer. Now he advocates for democracy and human rights overseas, with a focus on East Asia, as part of U.S. foreign policy.

“I wanted a broad foundation. Economics is such a key part of what we do as diplomats, regardless of our specialty.”

On campus, he backed his multiple interests with leadership in campus ministry, student government, Business Student Ambassadors, and the marching band. A mission trip spurred his decision to pursue foreign policy as a full-time job.

After landing a Pickering Foreign Affairs Fellowship, one of 20 awarded nationally each year, he began his diplomatic career as an assistant to the U.S. ambassador at embassies in Beijing and Islamabad.

Now based in Washington, D.C, Tom leaves this summer for Taiwan to learn more Mandarin before returning to Beijing, where he’ll continue to advance U.S. foreign policy in China.

Tom explains how Iowa helped him launch his Foreign Service career and where his career is taking him next.

What project at Tippie inspired you most?

I was a research assistant for all four years at Iowa. On one of the first projects, my professor and I researched the effect of HIV/AIDS on labor markets. At the time, there was a huge crisis developing in sub-Saharan Africa with HIV/AIDS. People there were dying really early and at such an alarming rate, but no one had really looked at the implications for the labor market.

We wrote a paper together, and I presented it at a conference through the honors program and at the Iowa Statehouse in Des Moines.

I traveled overseas for the first time as a student at Iowa. My group was supplying English teachers for a summer camp in Ukraine. It was tough in a lot of ways, but my trip advisor told me that I handle tough situations really well. He told me to look at this international thing a little more. That got me interested.

After that first experience, I started looking at other international opportunities. I didn't know much about careers, jobs, or internships overseas. That's when I learned about the State Department for the first time. Several staff and faculty advisors said that if I wanted to be a diplomat, I should take the test. I started by taking the Foreign Service Officer Test during my sophomore year at Iowa.

How did you get in?

Like the rest of my colleagues, I had to pass a series of tests, including a written and an oral test.  I also won the Pickering Fellowship after my sophomore year at Iowa. The fellowship paid for school for a couple of years and put me on this Foreign Service track. Through the fellowship, I did a leadership and public policy program at the University of Maryland the summer before my senior year. After graduation, I interned at our headquarters in Washington D.C., then during grad school I interned again, this time at the U.S. Embassy in Manila, the Philippines. After grad school, I joined the Foreign Service.

Where were you stationed first?

I was in China for my first two years, working in the consular section. I interviewed people who wanted to come to America and decided if they qualified for a visa. Then I worked in the front office for the Ambassador and the Deputy Chief of Mission directly as one of their staff assistants. I managed the paper flow, making sure they had everything they needed to prepare for work every day. Then I moved to the U.S. Embassy in Islamabad, Pakistan, to work in a similar role for a year.

How were the experiences different?

In China, I felt like it was very easy to walk down the street and talk with people, go to the wet market, and buy random stuff. I made a lot of friends, including with people who sold fruit and tea in the market. They didn't speak English, and talking with them and other people in Beijing forced me to practice Chinese. I'd travel around a lot. It was easy to just jump on a plane or train and go anywhere in China. There weren't major safety concerns.

In Pakistan, it was a huge challenge because the security situation was tough. You had to be really careful. A lot of times, it was hard because you couldn’t do everything you wanted to do. Everywhere you went, everything you did, security was your number-one priority. But it's something I never would have done previously or outside of this job.

What are you doing now?

I moved back to Washington, D.C. in 2013, and worked as an international relations officer in the Taiwan office of the Bureau of East Asia and Pacific Affairs. 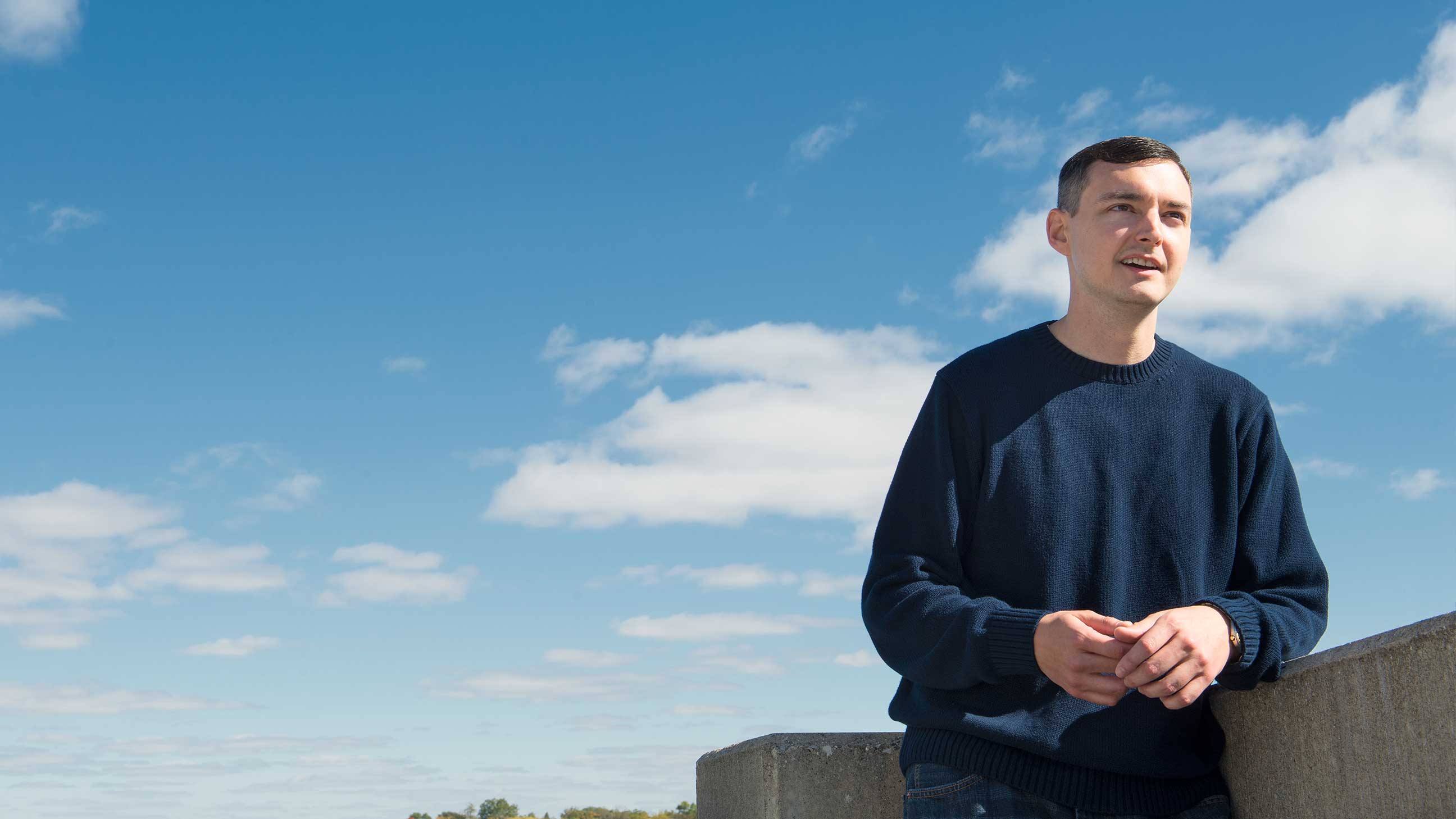 "My current job is in the Office of International Religious Freedom, which is within the Bureau of Democracy, Human Rights and Labor. We advocate for democracy and human rights, especially religious freedom, all over the world."

Religious freedom must be a difficult area to make progress?

In some countries, religion is a sensitive and complicated topic, and the barriers to people being able to practice their faith freely can be enormous. Our focus and attention is on these really difficult situations. Two countries that I have worked on are North Korea and Burma. Both are very challenging but different environments for religious freedom. It's a hard slog. You have to be really focused on making incremental progress.

Here’s an analogy that I often use for my job as a diplomat in general: A lot of times we're not the ones able to score the touchdown. Even if we can move the ball from our own 20-yard line to the other 20-yard line and set up somebody else to have a big win later on, that's a huge success for us. There's a lot of just trying to move the football down the field, one or two or five yards at a time.