Master of Business Analytics and Master of Finance 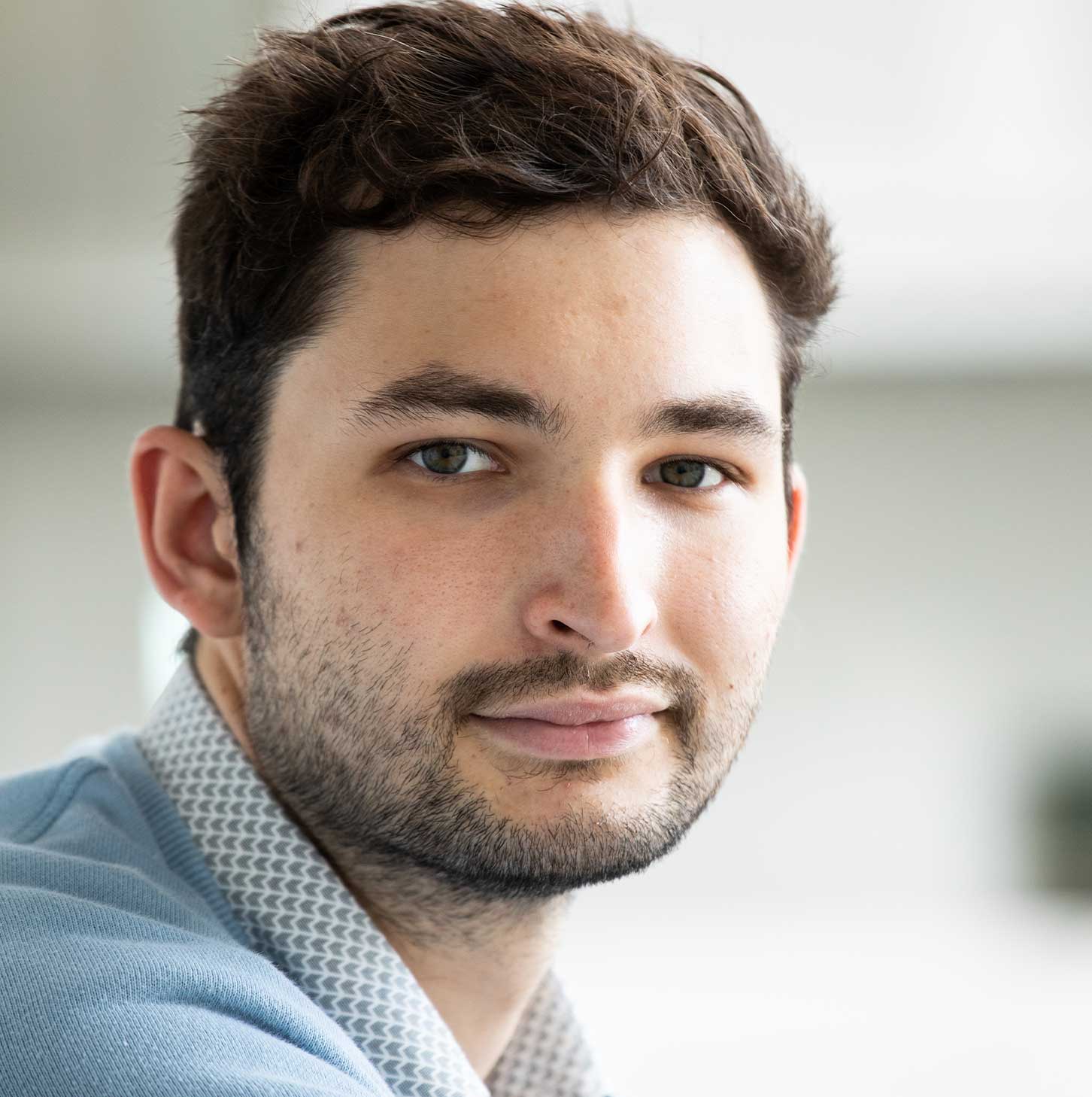 While managing his club hockey team, Maxwell Hedges got a glimpse of how data can impact the bottom line—and followed his curiosity all the way to a dual master’s degree in business analytics and finance.

As the son of an Iowa alum, Maxwell Hedges had always dreamed of being a Hawkeye. While managing West Virginia University’s club hockey team as an undergrad, he developed an interest in both data and finance, which led him straight to Tippie’s dual master's degree program in Business Analytics and Finance.

"Managing my club hockey team as an undergrad, I started diving into the numbers and using them to recruit players."

How did you first discover your interest in data?

Managing my club hockey team at West Virginia University, I was overseeing 30+ players and a $250,000 budget and it was really fun, trying to move the pieces and connecting with faculty to get more support for the organization.

I used data in a limited way running the team. We would track students who came and the local youth teams so we could target them for camps and to recruit them to play.

It was a basic way to use data, but I found that I really like to find creative ways to solve an issue. And I realized that if I wanted to continue to do work like this, I should get a business degree.

What connected my history major and my master’s program was the research aspect. For both, I had to be able to take a lot of information and explain it in a cohesive way.

How have you started putting your new skills to work?

I first worked on a project with a lab on the University of Iowa campus. I helped them do a sentiment analysis to learn more about the public’s views on some of the testing they were performing.

I created a tool that scraped Twitter for mentions so they could see what people were tweeting about their area of research. And I helped them put together a financial plan after they received a large grant from the National Institutes of Health.

This summer, I also did an internship with ResMed, a company that produces CPAP equipment for people with sleep apnea. I was a data analyst for them alongside an intern from another university. It was awesome because while they already had analysts, they were all on the research side. We were their first interns for finance and business data.

"Analytics allows me to be able to contextualize the financial aspect of a business, rather than just looking at the numbers."

My task was to try and predict stock prices based on 10K financial performance reports. So I took the 10Ks and ran sentiment analysis on them, averaged it out, and tried to correlate that to their stock market price to see if there’s any prediction value.

It was a project that gave them a chance to see what a business analyst could really do. I got to around a 56-57% prediction rate—for the stock market that’s not good, but it’s not horrible. They must have liked the work, since they hired me back for another project to predict shipping costs and timing.

What’s something unexpected you discovered while in the program?

The communication aspect was something I didn’t think about initially, but it’s extremely important.

If you don’t know how to present something in the right way, everything you’ve done might be useless, or no one’s going to care. I really saw that during my internship. The people you work for won’t realize the importance of what you’ve discovered if you don’t show them why it matters. 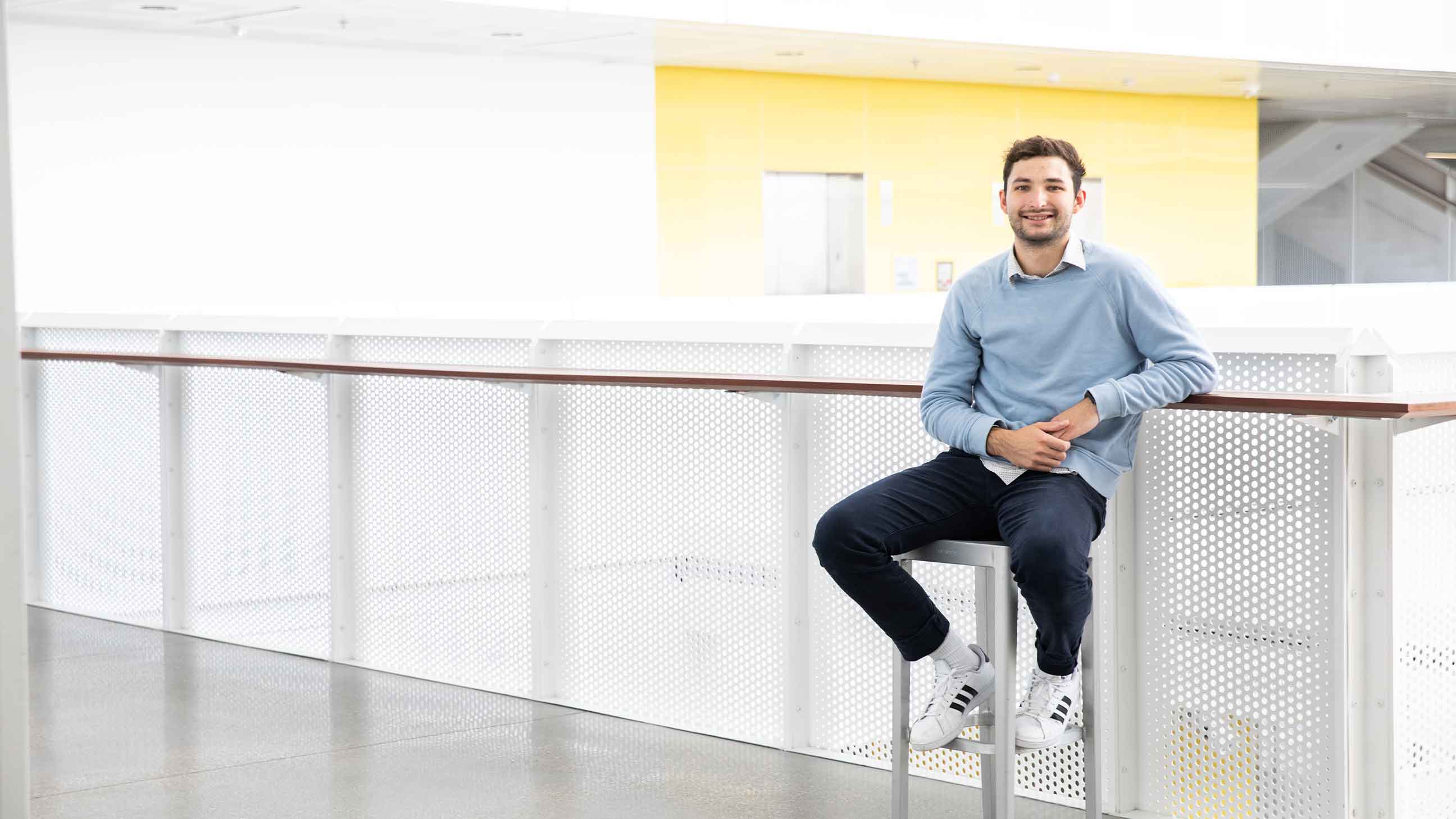 "As a writing college, Iowa does a really good job of emphasizing communication. It’s put in our heads in every class. We even had students from the writing school grade some of our papers.  Now more than ever, communication is so important—something I didn’t think would be in the business world, but it really is."

What would you say to someone considering the dual degree?

You’re learning skills that are going to be used in the future. The business landscape is turning more and more technical, so knowing how to use R and Python is critical.

But business world needs people with technical skills who can also communicate in a clear and concise way. The program does a great job of providing both.

There are not a lot of schools that offer this dual degree, and it’s great for people with my background. It’s tough, but it pays off big time. I’m happy I did it.