Shining a light into a dark market

Foreign exchange is the largest financial market in the world, trading close to $7 trillion every day. That’s more than every other market combined, including stocks, bonds, commodities, metals, and oil.

Yet nobody knows much about how it works.

“This is a dark market, no one sees what’s happening,” says Petra Sinagl, assistant professor of finance, a researcher who aims to shed some light into this darkness.

Sinagl says the markets have been so mysterious for so long because until recently, no transaction data was available. 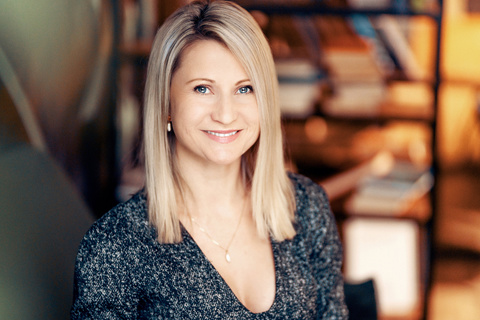 Since currency trades are all private and unregulated, even the most basic information like price, trading cost, or even the parties to the transaction weren’t available to researchers. Without that data, she says, research is impossible.

But a settlement agency that acts as a go-between for dealers and buyers in currency transactions now makes some of its data available for study. Sinagl and Ph.D. student Umang Khetan have been analyzing it since last summer and have presented early results at conferences. But they said the data is so rich, they expect to be analyzing it for some time.

Sinagl and Khetan say that most currency traders are huge institutions, like corporations and banks. Some trade in the markets mostly because they have to in the course of their business. A company needs, say, 10 million euros for a transaction this week, so they trade for 10 million euros.

Such transaction data suggests a set of other, more informed traders who appear to know what they’re doing. These are hedge funds and other institutional investors who trade mostly with each other, anticipating changes in currency pricing and making transactions accordingly, seeking to make a profit.

Why is it important?

Because currency trading sets exchange rates, which are an important part of the global economy. Sinagl and Khetan say that if we know more about the role traders play in setting those rates, we’ll have a better idea of what drives foreign exchange rates, which will make international trade and financing more efficient. It will also give domestic policy makers and regulators more information they can use to stabilize their currency and economy and make financial market trading less costly.

This article originally appeared in the 2022 issue of Exchange magazine.